The Winner’s Mind: A Competitor’s Guide to Sports and Business Success 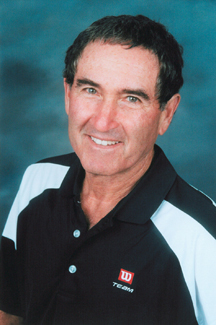 Allen Fox is a man of incredible versatility, having reached the highest levels in academia, sports, and business. He earned a B.A. in physics and a Doctorate in psychology, both from UCLA, and later taught classes at Pepperdine University in psychology and at Long Beach State University in business statistics. While at college Dr. Fox was competing as a world class tennis player. He won the NCAA singles, the Canadian Nationals, the U.S. National Hardcourts, reached the quarter-finals at Wimbledon, and was a three time member of the United States Davis Cup team, having been ranked as high as #4 in the United States.

After his tennis playing days ended, Dr. Fox went into business, working in the investment banking departments of two small New York Stock Exchange brokerage firms, Kleiner-Bell and Newberger-Loeb. From there he went on to manage Wyler Associates, a private investment company that owned and directly controlled a number of diverse businesses, among which were apartment building construction and management, cattle feeding, and international steel sales. Still later he was the owner and chief operating officer of several small private companies in the specialty food business.

But the energetic Dr. Fox did not stop here. He also coached the Pepperdine University tennis team, building it from a small, unknown program into a national powerhouse. His teams reached two NCAA finals and were ranked among the top five teams in the nation for 10 straight years. Among the team members that Fox coached were Brad Gilbert, the renowned coach of Andre Agassi and now, Andy Roddick, Kelly Jones, who now coaches Mardy Fish, and Martin Laurendeau, the Captain of the Canadian Davis Cup team.

Dr. Fox is a past editor of Tennis Magazine and author of two classic tennis books, If I’m the Better Player, Why Can’t I Win, and Think to Win. He consults and works privately with athletes on the mental issues of competition, among them some of the most illustrious names in professional tennis, baseball, and other sports. Finally, he lectures on sports psychology at conventions and to tennis groups around the world. Dr. Fox lives in San Luis Obispo with his wife, Nancy, and his two boys, Evan and Charlie.